The Naive Bayes algorithm in machine learning, also known as the Naive Bayes classifier, is one of the simplest and most powerful classification algorithms out there. While it’s certainly not the most accurate method (generally speaking), it’s ideal for scenarios where you have very little data but still want to classify your new data into several discrete categories. It will even work with very small datasets of only 10 or 20 items!

Nave Bayes algorithm is a probabilistic model that uses the Bayes Theorem to perform classification problems. In this tutorial, I will explain Naive Bayes Classifier from scratch with Python by understanding the mathematical intuition behind it.

As it is a probabilistic classifier, which means it predicts based on an object’s likelihood. This algo is mostly used for large or high-dimensional datasets like text classification.

This classification algorithm is mostly used for:

Naive Bayes machine learning technique is based on Bayes theorem. But to understand Bayes principle you should first know about conditional probability.

Consider a coin-tossing exercise with two coins. The following will be the sample space:

If a person is asked to calculate the likelihood of receiving a tail, his answer is 3/4 = 0.75.

Assume that now another person is doing the same experiment, but this time we specify that both coins must be heads {HH}. It means that if event A: ”Both the coins should have heads” occurred, then the simple outcomes {HT, TH, TT} could not have occurred. In this case, the likelihood of getting heads on both coins is 1/4 = 0.25.

We can see from the above example that the probability of the outcome may change if some additional information is given to us. This is exactly what we need to do when developing any machine learning model: calculate the output given certain characteristics or features.

Mathematically above statement can be written as below:

Now let’s understand one of the most important conditional probability rule which is Bayes Theorem.

The Bayes’ theorem, proposed by British mathematician Thomas Bayes in 1763, gives a method for determining the probability of an occurrence given specific information.

Mathematically Bayes’ theorem can be stated as:

The above equation is trying to find the likelihood or probability of event X if event Y is true.

What is Naive Bayes Classifier in Machine Learning

Bayes rule tells us the formula for the probability of Y given one feature X. In real world data science problems, we hardly find any use case where there is only one feature variable.

So if we have n numbers of feature variables (X1, X2, X3,…Xn) with the class variable as Y, we can write Naive Bayes Equation like below:

Now the denominator [P(X1)*P(X2)*}P(X3)] remains constant across all items in the dataset. So these values will not impact in the equation. As a result, the denominator can be deleted and proportionality can be inserted.

So now the final Naive Bayes equation can look like below:

Why is it known as Naive Bayes?

There are mainly two types of Naive Bayes algorithm in machine learning which are:

In this tutorial, I will explain Standard Naive Bayes.

Let’s say we have a dataset to predict whether a person buys a computer or not.

In terms of our dataset, the algorithm’s assumptions can be summarised as follows:

Before applying Naive Bayes formula on the above dataset, we need to do some pre-calculations for our dataset.

In our example dataset we have only three feature variables and one output variable:

Since our dataset have three feature variables we can write Naive Bayes equation like below:

So Naive equation for our dataset should look like the below:

Now The denominator remains constant across all items in the dataset. As a result, the denominator can be deleted and proportionality inserted.

Now let’s calculate those individual probabilities one by one by using below frequency tables:

We also need to calculate the output probability P(Y) for the variable “Buys Computer”. This probability can be calculated as below:

In the above calculation, you can see that

Now that we made a custom naive bayes equation for our dataset. Now let’s say we got test data to predict whether a person will buy a computer or not. For example test data can be looks like below:

We can easily predict that by putting those values into our custom-made equation of Naive Bayes classifier like below:

Probability of Buying a Computer

Probability of Not Buying a Computer

So we can normalize the result to range those from 0-100 like below:

We can observe that P(Yes|Test) > P(No|Test), so the prediction for our test data whether that person will buy a computer or not is “YES”.

In this section, I will show how you can use Naive Bayes machine learning model to classify an email is Spam or Non-Spam in Python. For this example, I am going to use E-Mail classification NLP dataset.

You can download the dataset from here. Load and check the train and test data when you’ve downloaded it.

Now let’s check the shape of those two data.

First step of any text analysis is to clean the data. Some common steps for text cleaning are removing numbers, removing punctuations, Stop words removal, Stemming of words, and Lemmatization of words. In the below code, we are just following these steps to clean text for our entire dataset.

Before we can proceed with model building, first we need to preprocess our text to transform it into a numeric form. Because machine learning models cannot understand text, the first step is to use Count Vectorization, a text preprocessing technique, to convert the text into a vector of numbers using the CountVectorizer module in scikit-learn.

Note: You can also use word2vec word embedding to convert text into numeric form.

CountVectorizer is frequently used in Natural Language Processing (NLP), both for model building and text analysis via n-grams (also called Q-grams or shingles). CountVectorizer takes our input text and returns the number of times a word appears in the entire “corpus” (that is, full dataset of quora).

To use CountVectorizer, we first need to instantiate it, then we need to pass our input text column to the fit_transform() function to return a Bag of Words model. We’ll then convert that Bag of Words to a dense array using Numpy that can better be used by the model.

Note: There are several approaches for preprocessing text for machine learning models, and this is only one of them.

Construct a Naive Bayes Classifier from scratch in Python

Now that you are done with data processing and cleaned the data, we can now implement the Naive Bayes algorithm in machine learning in python by following below steps:

Prepare the training and testing data

Now, we’ll send our Bag of Words data to use it as the feature variables (X variables) for our model. We also need to assign “Label” variable as the target variable (y) that we want to predict.

The train test split() method will then be used to generate our train and test data. This function utilize stratification technique of statistics to gurantee that the proportions are distributed evenly throughout the dataset.

We will use 30% of the entire data for testing or validation and utilise stratification to guarantee that the proportions are distributed evenly throughout the datasets.

Now that everything is in place, we’ll fit a Multinomial Naive Bayes classification model using MultinomialNB module from scikit-learn library. We’ll feed our X train and y train data to the fit() method to train the model and predict the email type from the vectors of the “Cleaned_Message” text.

The Multinomial Naive Bayes model is the standard type of Naive Bayes model which can be used to classify any data with discrete characteristics or categorical variables, such as our email classification problem.

Note: This is just a simple model, to implement in your real-world project you must try naive bayes hyperparameter tuning

Now that our model is trained and ready, let’s try to predict and evaluate our model for test data and check the accuracy of our model.

To check some important evaluation parameters like precision, recall, f1 score, you can try classification_report() function.

Naive Bayes algorithm in machine learning is often used in sentiment analysis, spam filtering, recommendation systems, text classification and other applications. They are quick and simple to deploy. In this post, I explained Naive Bayes algo with one simple python implementation.

Hi there, I’m Anindya Naskar, Data Science Engineer. I created this website to show you what I believe is the best possible way to get your start in the field of Data Science. 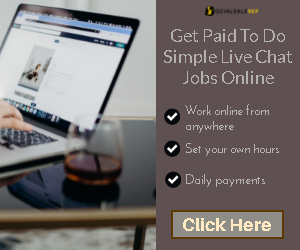