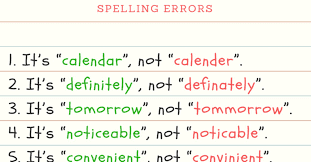 Word similarity matching is an essential part for text cleaning or text analysis.
Let’s say in your text there are lots of spelling mistakes for any proper nouns like name, place etc. and you need to convert all similar names or places in a standard form.
This is where Soundex algorithm is needed to match similarity between two words.
Soundex is a phonetic algorithm which can find similar sounding terms.
A Soundex search algorithm takes a word, such as a person’s name, as input, and produces a character string that identifies a set of words that are (roughly) phonetically alike or sound (roughly) is equal.
The Soundex method is based on six phonetic types of human speech sounds (bilabial, labiodental, dental, alveolar, velar, and glottal). These are based on where you put your lips and tongue to make the sounds.

Let’s test something in python.


You can see apart from first character phonetic characters are same for both ‘phone’ and ‘fone’. So we can use Soundex algorithm to solve this kind of problems.

Replace characters with digits as follows (after the first letter):

Step4:
Join uppercase first character with step 3 value.
So phonetic value of word ‘phone’ will be P5.
As we had given 10 characters to convert [soundex = fuzzy.Soundex(10); soundex(word)]
8 zeros will be filled after P5 (total 10 characters) so final value will be P500000000

Let’s test for one more word.

In this tutorial you learned:

Recommended courses for you