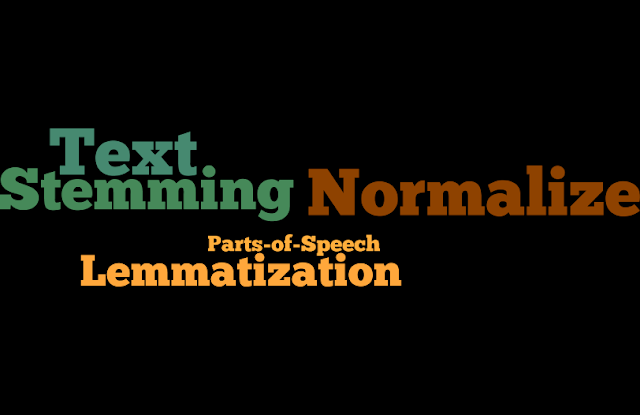 Stemming and Lemmatization is very important and basic technique for any Project of Natural Language Processing.

You have noticed that if you type something on google search it will show relevant results not only for the exact expression you typed but also for the other possible forms of the words you use.

For example, if you have typed “mobiles” in the search bar, it’s likely you want to see results containing the form of “mobile”.

This can be done by two possible methods: stemming and lemmatization.

In this topic I will explain on below topics:

Stemming converts a word into its stem(root form).

Stemming is a rule based approach, it strips inflected words based on common prefixes and suffixes that can be found in an inflected word.

Now if you want to apply stemming on a word “reading”, it will convert it to “read”. Just strip the suffix “ing” from the word which is available in stemming dictionary.

This is also applicable for prefix also.

For Example: “pregame” to “game”

The root form generated by stemming is not necessarily a word by itself, but it can be used to generate words by concatenating the right suffix.

For example: The words study, studies and studying stems into studi, which is not an English word.

The most common algorithm for stemming is Porter’s Algorithm (Porter, 1980). It is only striping suffix of a word.

Here I am using Porter Stemmer for Stemming. 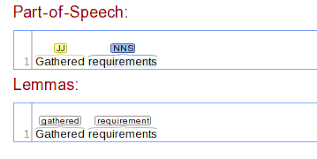 Lemmatization converts a word into its lemma (root form).

Lemmatization usually refers to doing things properly with the use of a vocabulary and morphological analysis of words. It observes position and Parts of speech of a word before striping anything.

It normally aims to strip inflection from end of a word.

For word “saw”, stemming might return just “s”, whereas lemmatization would attempt to return either “see” or “saw” depending on whether the use of the token was as a verb or a noun.

The NLTK Lemmatization method is based on WordNet’sbuilt-in morphy function.

This lemmatizer removes affixes only if the resulting word is found in lexical resource, wordnet.

Which one is best: lemmatization or stemming?

Stemming and Lemmatizing have their own flavour to normalize word.

The difference is that a stemmer operates on a single word without knowledge of the context, and therefore cannot discriminate between words which have different meanings depending on part of speech.

Stemming is much faster than Lemmatizing.

Accuracy of Stemming is much less than Lemmatization.

It based on your requirement.

If you are handling huge amount of text and you only want to normalize and analyze text not to visualize, then you may go with stemming.

But if you want to visualize your normalized text then you should choose lemmatization as stem words may not necessarily the real world word.

Also you can anti stemming to your stemmed word to get real world word but as per my experience it will take huge amount of time to execute anti stemming task.
Conclusion:
In this topic I have tried to explain
Also Read:  Prepare training data and train custom NER using Spacy Python
Have Questions?
If you have any question regarding this topic, feel free to comment. I will try my best to answer your questions.